II International Symposium on Labeling and Authenticity of Seafood Products

Carmen González Sotelo, PhD in Biology from the University of Santiago de Compostela (1991), works in “Instituto de Investigaciones Marinas” (CSIC) as Scientific Researcher, she has been also Deputy Director (1999-2001, and of 2006-2011) and Director (2011-2015) of this research institute.

C.G. Sotelo works in the Food Science and Technology Department, where she has been involved in research topics related to the quality of fishery products and the development of methodologies for the authentication of species based on the analysis of DNA.

C.G. Sotelo has been the principal investigator of seven national research projects and nine European Union projects, being in three of them the coordinator, she is currently the coordinator of SEATRACES, an Interreg funded project, related with seafood authenticity and traceability. C.G. Sotelo is the author of more than 100 research papers in international journals and books, as well as three patents. She has participated as a guest lecturer in several international and national conferences and workshops, and presented research communications in more than 40 national and international congress and conferences. 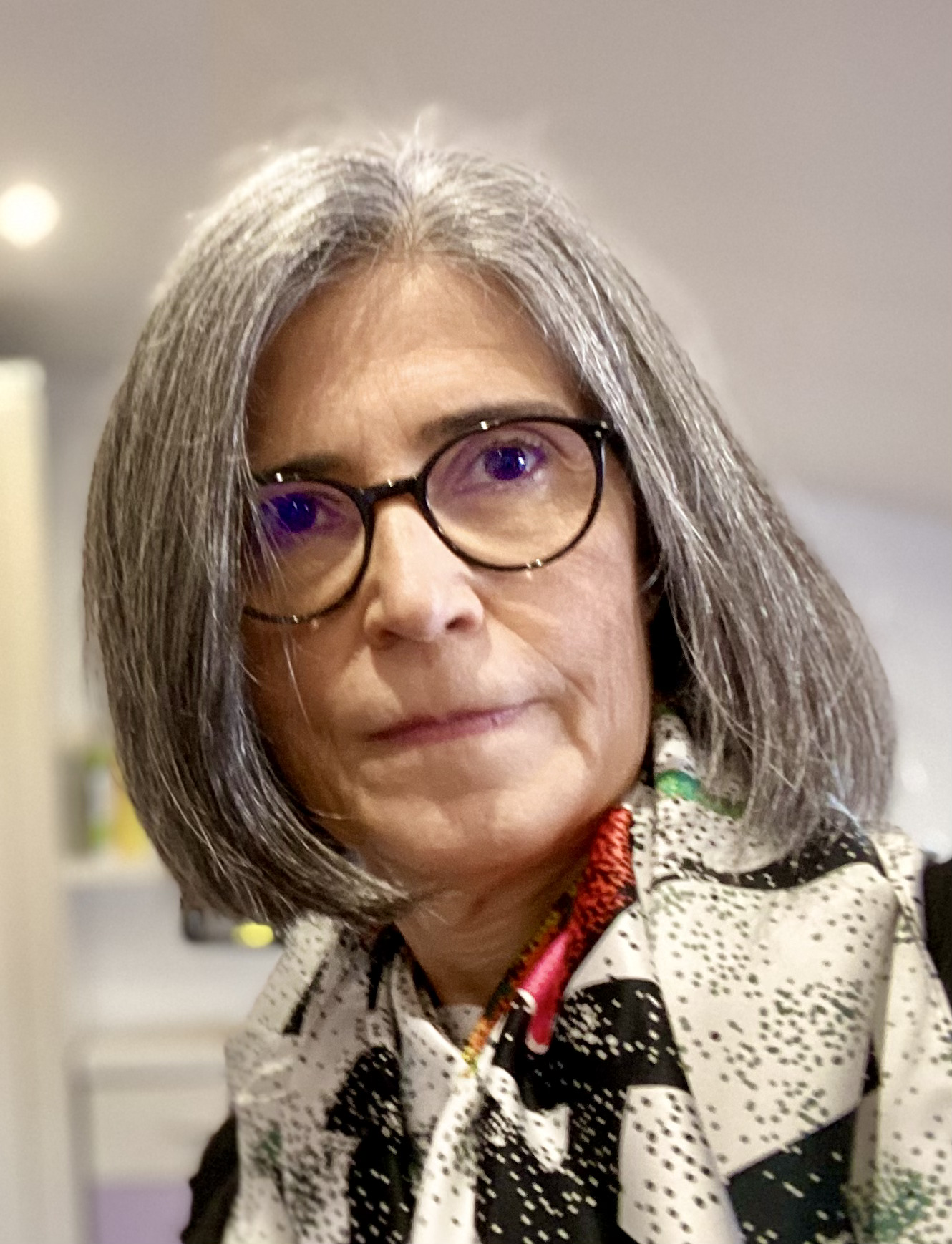 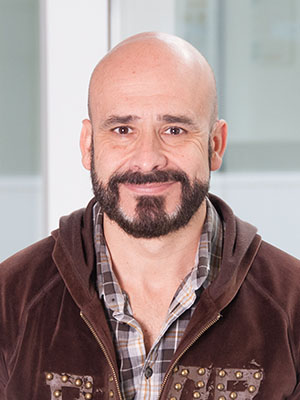 Dr. Miguel Angel Pardo, Food Quality, Safety and Identity Principal Researcher in charge of the Molecular Biology laboratory in AZTI (Member of Basque Research & Technology Alliance) has a Ph.D. in Biochemistry and Molecular Biology. During the last 20 years, he has participated in a number of national and international research projects involved in the development of molecular identification methods, based on the DNA analysis, for the identification of ingredients, microorganisms and parasites in food products to assure the identity and safety of the complete food chain. During his scientific career he has published 40 peer-reviewed scientific publications and more than 80 communications to congress, workshops and so on… He is also coauthor of 4 patents.

Amaya Velasco, with degrees in Biology and Marine Sciences (University of Salamanca and University of Alicante), has developed her activity in the fields of marine environment, fisheries and molecular biology. For the last 11 years she has been a member of the Food Biochemistry department of the IIM-CSIC (Marine Research Institute of the Spanish National Research Council), where she has participated in several national and international projects related with seafood species identification and where she has developed and published several rapid DNA-based methods for the authentication of particular species with high commercial value. 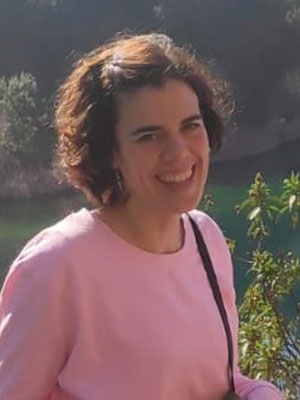 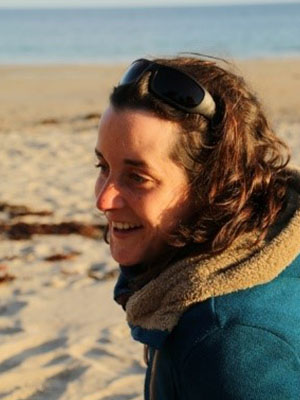 Dr Solène Avignon is graduated in Marine biological Sciences from National Museum of Natural History (France). Her PhD focused on the impact of the spatio-temporal evolution of the northern distribution limit on life history traits in the gilthead seabream Sparus aurata. She developed genetic tools to specifically identify the prey of the seabream and determine the diet of the species. The combination of different approaches on growth, microchemistry of otoliths and genetics on natural populations provide the first data on the life characteristics of this species in its northern range of distribution. Actually, she works as a post-doc in the SEATRACES program in order to implemente traceability tools for the development of sustainable exploitation of seafood. She is interested in phyogeography, population genetics and geographic origin of some commercial mollusc and crustacean species.

Ane del Rio is a PhD student at the Food Quality, Safety and Identity area at AZTI Food Research Division. She holds a BSc in Biotechnology and MSc in Microbiology and Health by the University of the Basque Country. Her work at AZTI is currently focused on the development and validation of new methodologies for food authentication and traceability, based on molecular biology and Next Generation Sequencing technologies. 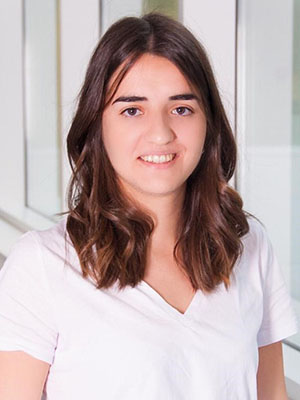 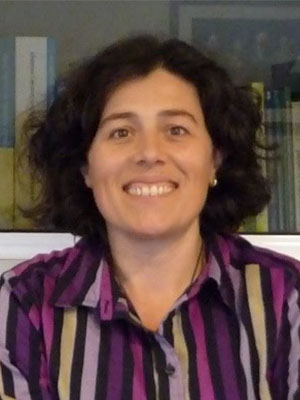 PhD in Biology from the Santiago de Compostela University, since 2001 she is part of the staff of the Consello Regulador do Mexillón de Galicia, the entity in charge of certifying mussels with the P.D.O. and to manage the protected designation of origin. Within this entity, she is responsible for the R&D department whose main objective is to provide improvements to the cultivation, processes and marketing of the Galician Mussel. For this, in recent years, among other activities, she has participated in various research projects on topics as varied as evaluation of intensive purification systems, development of methodologies for the identification of the Galician mussel or the effect of climate change on the cultivation of the mussel. In addition, she is an active part of various institutional bodies such as the Junta Nacional Asesora de Cultivos Marinos (JACUMAR), the European Mollusc Producers Association-AEPM or the Advisory Committee for Fisheries and Aquaculture of the European Commission, currently the Aquaculture Advisory Council.

Sonia Nieto is a PhD Student who has background studies related with food industry. She is graduated in Food Science and Technology with a master’s degree in Food Security and Biotechnology (University of Burgos). Since she joined AZTI in 2019 she is developing his doctoral thesis in the Efficient and Sustainable Processes department. Her investigation is centred in the development of calibrations and mathematical models to classify and predict characteristics of different types of food, in order to make the transition towards the 4.0 Industry. For that purpose, she uses non-destructive sensors (with a special mention of sensors based on NIR spectroscopy) and chemometric analysis. 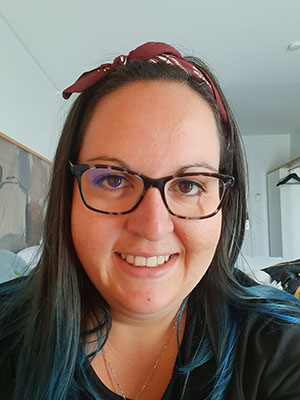 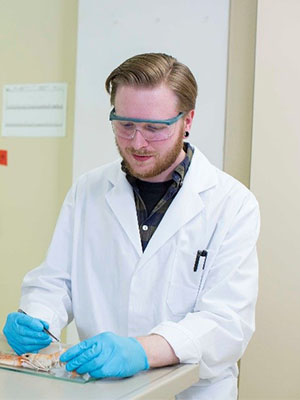 Christian Brenn is a research scientist and PhD student at the Max Rubner-Institut with now three years of experience working in the field of “Seafood authenticity”.
Specialised in the fields of molecular biology and microbiology, he completed his studies in 2018 at the University of Applied Sciences Bremen with a M. Sc. Degree in Biology and is currently working for his PhD thesis on the governmental funded project “KrustInUVa” with the aim of developing various DNA based methods for a reliable species identification of a broad range of commercially relevant crustaceans
In particular, he is focused on the development of real time PCR-based applications and NGS-based sequencing methods, but also on other DNA-based detection methods such as DNA microarrays.

Dr. Regina Klapper is a Scientist at the National Reference Centre for Authentic Food at the Max Rubner-Institut (MRI), Federal Research Institute of Nutrition and Food in Germany. Her research interest lies in the area of DNA-based food authentication, especially on species and varieties differentiation. She is working on molecular biological methods including the development, validation and standardisation to verify food authenticity.
She has a PhD in Biology since 2018. At the MRI in the Department of Quality and Safety of Milk and Fish Products, she worked in the international projects „EU-Parasite“ and „Interreg Atlantic Area SEATRACES“ during and after completion of her PhD. 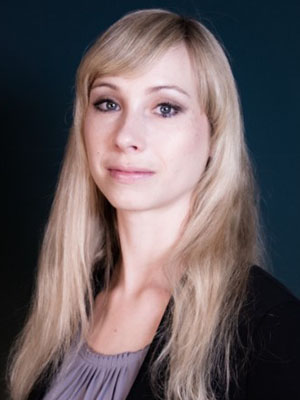 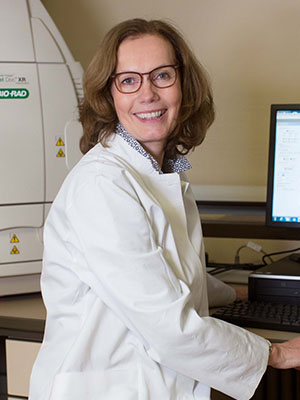 U. Schröder is a food chemist working in the Department for Safety and Quality of Milk and Fish Products at the Max Rubner-Institut (Germany) on DNA-based methods for determining the authenticity of fishery products.
Her further research interests relate to quality aspects of fishery products such as freshness, foreign water addition and the detection of food additives.
Her membership in various national and international working groups enables her to discuss important issues related to fishery products and to improve authenticity and quality aspects in the long term. Her participation in international projects reflects her broad network within the fish research community.

Françoise Denis is Associate Professor at the University of Le Mans (France). She teaches animal biodiversity and genetic evolution. She carries out her research work in the BOREA Laboratory of the National Museum of Natural History (MNHN) at the Concarneau marine station. Her research theme relates to genetic diversity and the phylogeography of benthic protostomians. She uses molecular tools to assess species and population boundaries. She examines the gene flow under environmental and anthropogenic constraints. She is currently responsible for the French partner of the SEATRACES program on traceability tools for the sustainable exploitation of seafood. The objective of her research work is to set up tools for identifying the geographical origin of commercial species of crustaceans and molluscs. Françoise DENIS’s research also targets the no native benthic species to understand the different modes of introduction and the potential capacity for population expansion. 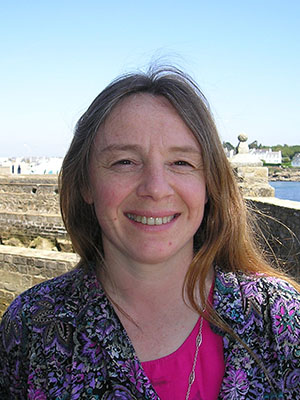 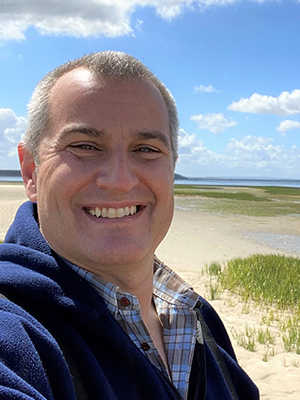 Born in Setúbal, Portugal in 1973, Nuno has a degree in mechanical engineering from Instituto Superior Técnico, Lisbon, developed his professional activity in the automotive, aeronautics and food industry. Since 2017, he has played the role of project manager and responsible for the traceability of Exporsado oyster farms in his hometown, Setúbal.

Simona Paolacci has a degree in Environmental Sciences and a master’s degree in Environmental Monitoring and Restoration, both awarded at Sapienza University of Rome (Italy). She completed her PhD in plant science at University College Cork. From January 2018 to January 2021, she developed a phytoremediation system for the treatment of aquaculture effluents as part of her post-doctoral research project, funded by the Irish agency for fisheries and aquaculture. Since January 2021 she has been working as a senior researcher for Bantry Marine Research Station. She is interested in seaweed applications to improve the sustainability of food production and, in general, in sustainable aquaculture. 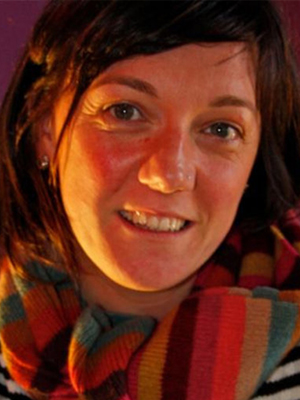 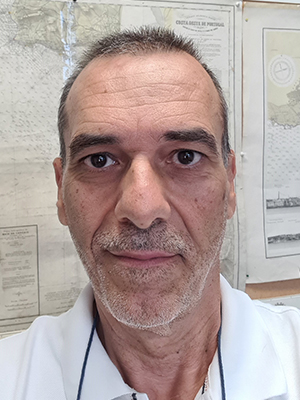 Rogério Mendes is a senior researcher of the Portuguese Institute for the Sea and Atmosphere (IPMA), qualified with aggregation/habilitation to scientific coordination. It has performed is activities in the areas of quality and safety of seafood products, traceability and labelling and valorization of natural extracts from marine source focused on marine by-products. He has 42 years of scientific experience in the development of European and national research projects in cooperation with other national and international researcher organizations and SME’s. He is currently the head of the biochemistry laboratory of the Division of Aquaculture, Valorization and Bio-prospection (DivAV) and also investigator of CIIMAR Research Group, Emergent Biotechnologies and Seafood Processing of the Thematic Line, Marine Biotechnology. Under is supervision more than forty undergraduate, master, doctorate and postdoctoral students were oriented and dissemination of he’s scientific activity resulted in the publication of more than 90 scientific articles in referenced international journals.

Passionate about exploring and promoting methods to combat seafood fraud and illegal fishing practices, Marine Cusa currently works as a research assistant with the SEATRACES project at Liverpool John Moores University. She is also finishing her PhD thesis at the University of Salford in Manchester where she explores the use of molecular tools to enhance seafood traceability.

Marine is particularly interested in assessing portable molecular tools that allow quick on-site species identification, as well as in using background knowledge in population genetics to develop technologies that can help identify the geographical catch location of marketed fish products. 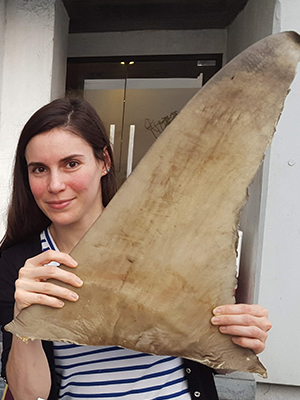 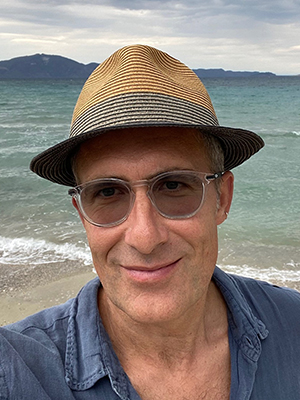 Driven by his inordinate fondness for fishes, Stefano has investigated ecological processes in marine populations and communities for over two decades. His team has employed and pioneered a variety of DNA-based methods to study biodiversity across many of the world’s oceans, with most research efforts being focused on improving conservation and management of exploited living resources. Occasionally, he sings romantic songs.

Peter has a broad interest in ecology and evolution and seeks to understand the processes that generate and maintain biodiversity. Working as a postdoc in Prof. Mariani’s group at Liverpool John Moores University, Peter is working on the SEATRACES initiative that explores novel approaches to improve seafood traceability in Europe. This work continues to harness next generation sequencing technology to advance methodological applications to develop diagnostic approaches in identifying populations, species and commercially important seafood products. Peter holds a PhD in Evolutionary Biology from the University of Salford, UK. Prior to re-joining the Mariani Lab, he held postdoctoral positions in the EvoHull group at the University of Hull, UK and at Hopkins Marine Station of Stanford University, USA. 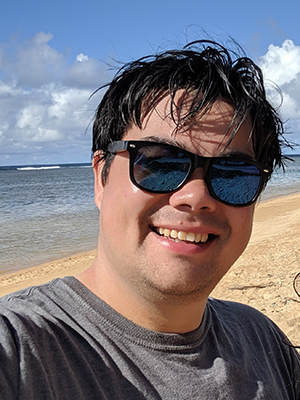 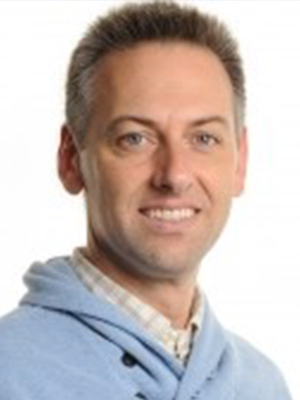 Dr Michail Bitzios is an applied economist/behaviourist, working at the intersection of environment, agriculture, food and nutrition/health. He is currently employed as Lecturer in the department of Geography and Environment of the University of Aberdeen. Michail’s research has mainly concentrated on quantifying insights with respect to human decision making, values and choices. By applying a variety of qualitative and quantitative techniques (among others, stated preference methods), his research investigates the effects of various factors on the economic decisions of individuals.

This site is registered on wpml.org as a development site.